On the 19. 2. 2022 our concert band met again to perform in Beroun (CZ). Through the whole weekend the first year of conducting workshop for conductors of concert bands took place in Beroun lead by our chief conductor Václav Blahunek. Our concert was held by the organizers of the international music festival Talichův Beroun who also organized the conducting workshop.

As always we performed very difficult repertoire including the concert for trombone and concert band “T-bone concerto” by Johanne de Meij. The trombone solo was performed by a member of the Czech philharmonic and wonderful performer Mr. Jan Perný. Among other pieces we also performed “Diferencias on an Old Spanish Song” by Japanese composer Yasuhide Itou, which is a compulsory piece for the World Music Contest in Kerkrade. The Czech National Concert Band is planning to compete in the competition this July with a piece by our favorite composer Václav Nelhybel and his “Two symphonic movements”, which we also performed in Beroun.

We enjoyed our short stay in Beroun and the concert was a success. We are looking forward to our next performance and we hope to see you there!

Back to all posts 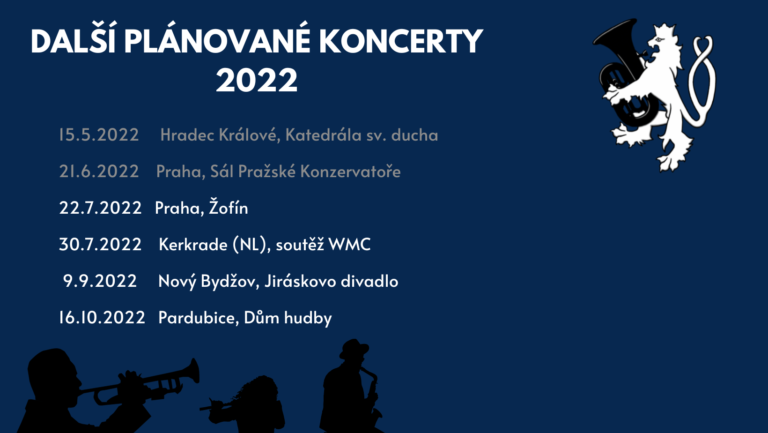