Czech national concert band was established in spring 2017. The first concert took place in Concert hall Přelouč on the 7th of May 2017 under the leadership of conductor Václav Blahunek. The main mission of the Czech national concert band is the publicity of Czech symphonic music in Czechia and abroad too. The orchestra consists of great young players of winds, brass and percussion instruments from all the regions of Czech Republic. The orchestra was established on the basis of similar projects that normally work in western Europe and in the USA and that represents culture of individual countries and regions.

The orchestra cooperates with prominenet Czech and foreign soloists and conductors. The mission of the orchestra is not only concrete but it also has the educational meaning.

Since August 2017 the orchestra has been registered as an association. Several times a year we meet and rehearse difficult repertory that we then perform at our concerts or at fetivals. The orchestra cooperates with the Artistic and Music school in Přelouč. At the area of this school all the rehearsals and trainings take place.

The project is under the auspices of the Union of musicians of the Czech Republic. The artistic guarantor is the chamber Philharmonic of Pardubice whosen members permanently coopeerate with our orchestra. 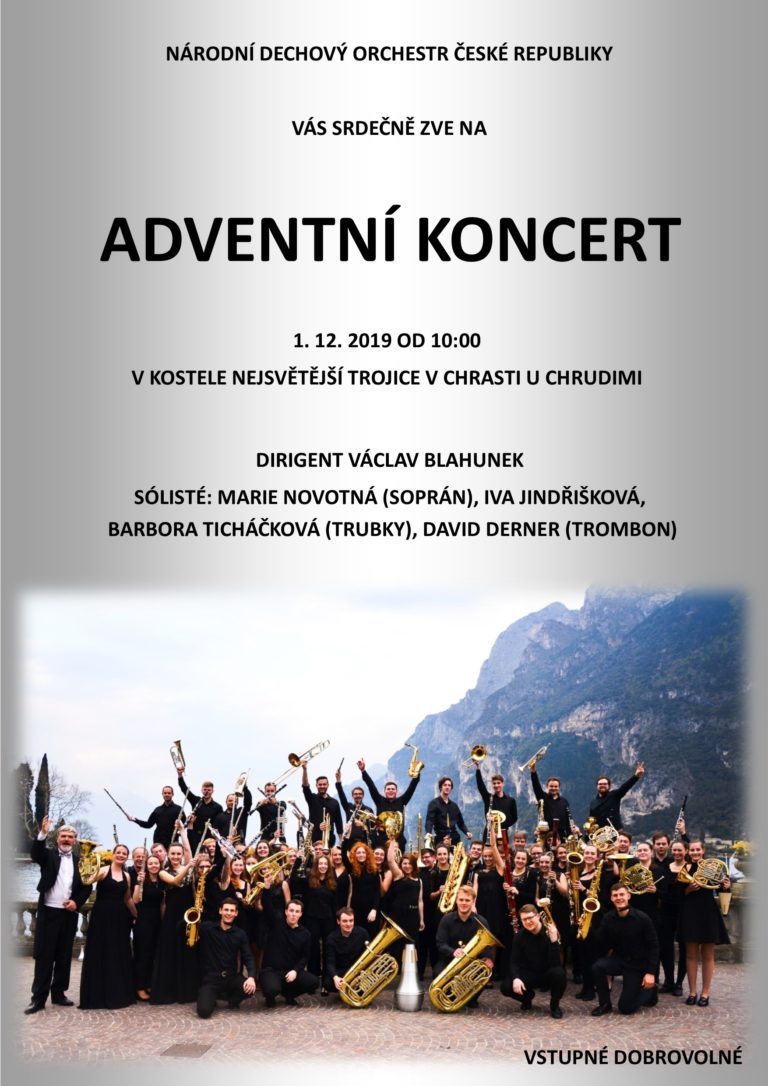